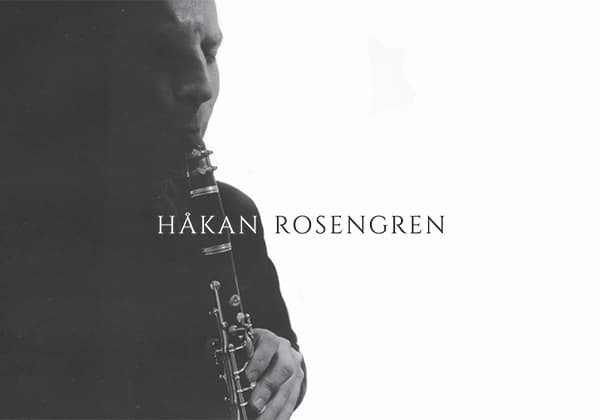 Physically and spiritually one with his instrument..
Svenska Dagbladet, Stockholm

At the end came a Clarinet Concerto (Op. 5) by Bernhard Crusell (1775-1838), a Finnishborn, Swedish-based clarinet virtuoso. This concerto revealed Crusell to have been a considerable talent within the borderline Classical-Romantic style of his time. And Håkan Rosengren, a Swedish clarinetist, delivered a most convincing account of the solo part.
New York Times

Rosengren combines a facile virtuosity with a sensitive musicality that permits him to reinvent his performance each evening [in Weber’s First Concerto].
24 Heures, Lausanne, Switzerland

One and a half year ago it [Nielsen’s Concerto] was performed in the Berlin Schauspielhaus by clarinetist Sabine Meyer; she emphasized the brooding and lightly furious, modern gestures of the piece. The no less superb Håkan Rosengren found just as precisely the temperamental and fickle musical spirit [of Nielsen’s Concerto]. With his sensitive, lingering, colorful tone, and with his magical, light technique, he brought everything under one large singing arch of expression.
Neue Zeit, Berlin

Håkan Rosengren plays with his whole body and is, both physically and spiritually, one with his instrument. With a temperament verging on savagery he brought out the madness shown by Nielsen in the clarinet. I can hardly remember hearing such a brilliant performance of this mind-blowingly difficult concerto.
Svenska Dagbladet, Stockholm

One of the highlights of the Sunday fixture was Håkan Rosengren’s superb playing in the Werner Wolf Glaser Clarinet Concertino.
Belfast Telegraph

It wouldn’t take much arm-twisting to make a listener concentrate on Rosengren’s extraordinary musicianship. Rosengren plays with terrific presence. His tone pops out with a remarkable pinging quality, and he supports it so sturdily that the lines just flow, regardless of what register he is in or crossing into. Rosengren picked up on the autumnal quality of the Crusell’s slow movement. It would be a coup for the orchestra to lure back this charismatic player for another engagement.
Akron Beacon Journal, Ohio

Rosengren’s technical mastery of his instrument provided the channel for a profound emotional experience.
Hufvudstabladet, Helsinki

Mr. Rosengren is a phenomenal virtuoso; he makes his instrument speak with an almost human voice. For his playing in Rossini and Crusell, he received ovations that never wanted to stop.
Dagens Nyheter, Stockholm

Håkan Rosengren was soloist in two works for clarinet and orchestra, Rossini’s “Introduction, theme and variations” and the Opus 5 Clarinet Concerto by Finland’s first composer with an international reputation, Bernhard Crusell. This 1817 work is a true masterpiece on the level of the Weber concertos written at the same time – good musical thought is in perfect balance with fun virtuostic demands. Rosengren’s full-toned, dazzling playing could not be faulted.
New York Daily News

Every phrase, every detail lived through him word-for-word in his mind with precise articulation and convincing expression.
Vecernik, Bratislava, Slovakia

The greatest experience of the concert was given by the clarinet soloist Håkan Rosengren. Rosengren is in the deepest sense a natural musician, intensely engaged in everything he does, and has an extremely wide dynamic range complemented with flawless technique.
Gothenburg Post

Rosengren made the most of what may be Mozart’s most beautiful concerto. Producing a rich, eloquent tone, he played lucidly and intelligently, particularly achieving a supernal grace in the slow, almost inexpressibly tender second movement.
Savannah Morning News

Recital Reviews
Rosengren has an immediately memorable musical personality. His technique is excellent, his tone is beautiful and he draws a great variety of color from the instrument.
New York Times
The music was sweet, the performance delectable – the audience ate it up. So effortless was the artistry that the musicians seemed to enjoy performing the concert as much as the crowd loved listening to it. Rosengren, an internationally renowned Swedish musician, played with velvety tone, flawless technique and warm temperament. In lighthearted pieces, his clarinet sparkled. In romantic works, it sang like a human voice of exceptional subtlety and range.
Cleveland Plain Dealer
It is great fun to discover a musician whose virtuosity is matched by his artistry. The pleasure is even greater when the performer selects a program as varied and provocative as the one clarinetist Håkan Rosengren assembled at the Ambassador Auditorium.
Los Angeles Times
Here was a man who loved performing, communicating his insights with freshness, commitment and tremendous affection. Rosengren’s is the sort of talent that needs to be heard if only to remind us all that technique is not the end-all of playing – to remind us that without that extra spark, all those notes can become an empty musical experience.
Christian Science Monitor
Rosengren was so much at one with his instrument, united by the airflow, that every note emerging from the clarinet seemed to go through him first. His playing is impeccable, in that his self-expression is unimpeded by any limitations of technique. And “himself” is a very musical self indeed.
Hufvudstabladet, Helsinki
Their performance stemmed out of a perfect understanding of the pieces and an earnest commitment to the music.
Auditorium, Seoul, South Korea
Rosengren is an artist who treats his instrument as if it were the voice. In slow movements of pieces, he emphasizes long, singing, wonderfully-phrased lines with a golden tone, and counterbalances that with immaculate control and virtuosity in bravura passages. In its 12 years, Ambassador International Cultural Foundation’s Gold Medal series has introduced a number of artists who have gone on to major careers, including soprano Aprile Millo, violinist Nadja Salerno-Sonnenberg and baritone Thomas Hampson. Based on his recital Monday night you can add the name of Håkan Rosengren to that list.
Pasadena Star, Los Angeles
There was some lovely phrasing from the winds, particularly clarinetist Håkan Rosengren.
Santa Fe Journal, New Mexico
A beautifully executed afternoon recital. Rosengren cast a spell. Columbus Dispatch, Columbus, Ohio
There is no distance between the man and the clarinet. The tone seems to be produced from within his soul. The engagement is total. Rosengren has no limits, neither in technique nor in expression. The visionary musicality gives the playing its final touch and transforms ability and knowledge into art.
Politiken, Copenhagen
The Esperia Foundation presented the astounding Swedish clarinetist, Håkan Rosengren, in a recital that was a revelation. In Rosengren’s hands, the instrument stands vindicated from earlier abuse. Rosengren is more than a master technician, he is an intellectual’s intellectual.
Santa Barbara News Press, California
Rosengren demonstrated his astounding ability as a technician and performer. Anne Epperson provided excellent accompaniment. From the outset of Robert Schumann’s “Phantasiestücke,” Rosengren and Epperson proved they were in it together, and at no point did they deviate from this plan.
The Orange County Register
The highlight of the evening was Brahms’ Clarinet Quintet which, with Rosengren’s exceptionally sensitively nuanced playing, became one of the best Brahms interpretations I have heard in a long time.
Svenska Dagbladet, Stockholm
Rosengren’s musicality did not seem subject to comings and goings; it informed everything he did, and made one listen intently to each piece. He phrases like a good singer, knowing, for instance, how to diminish and linger just a delicious bit as the accompanimental harmony shifts under him.
New York Times 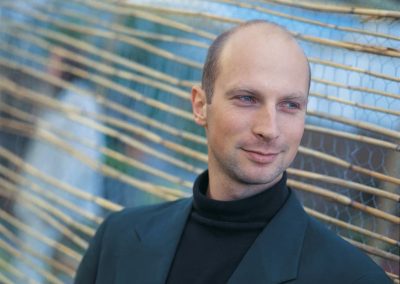 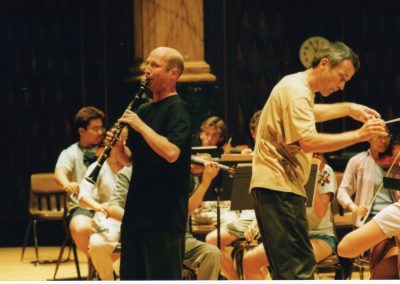 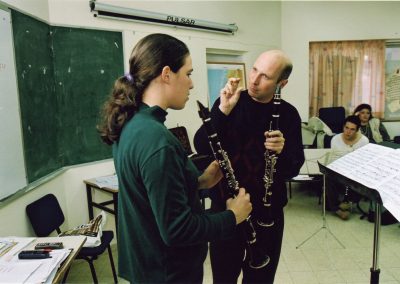 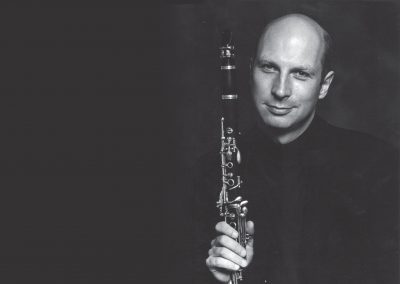 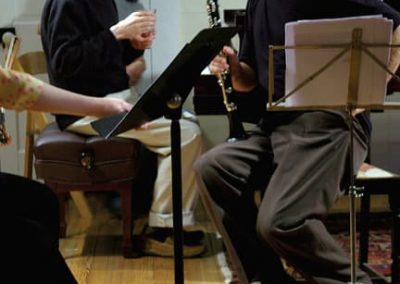 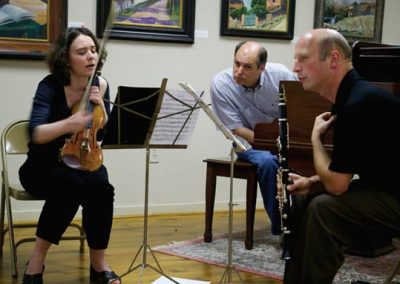 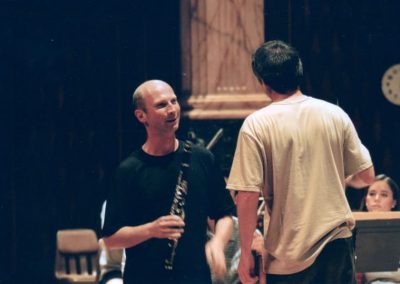 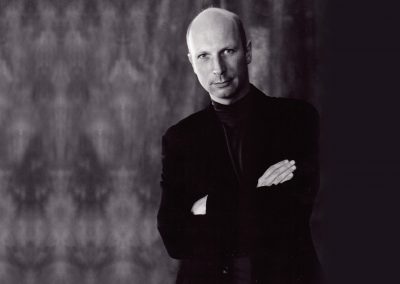 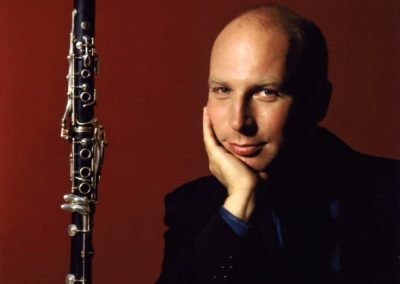 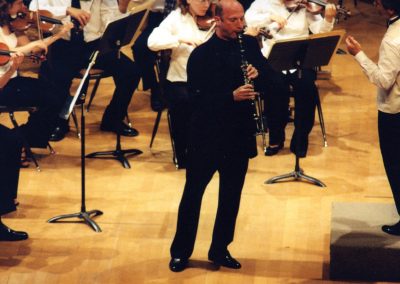 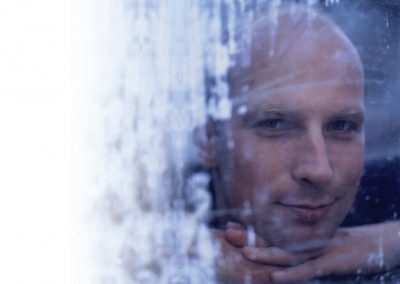 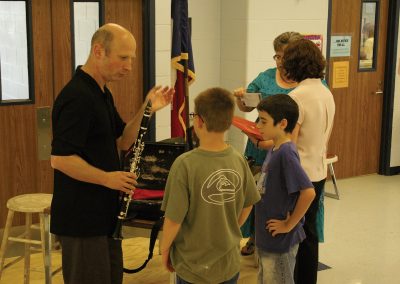 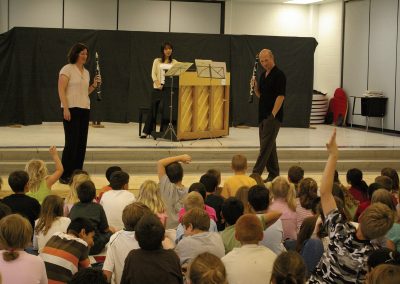 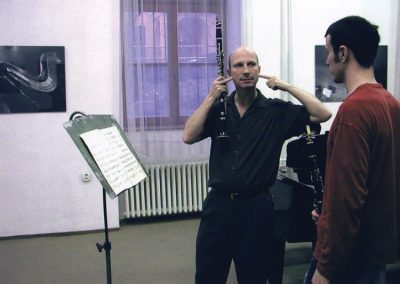 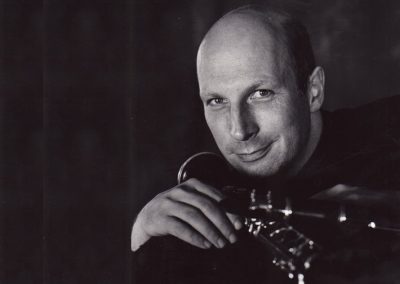 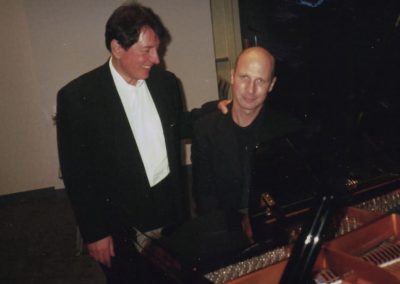 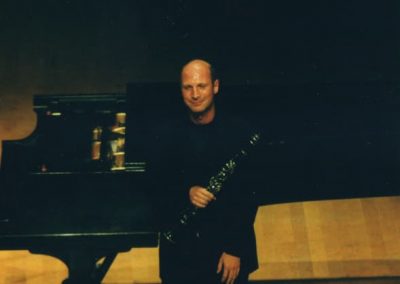 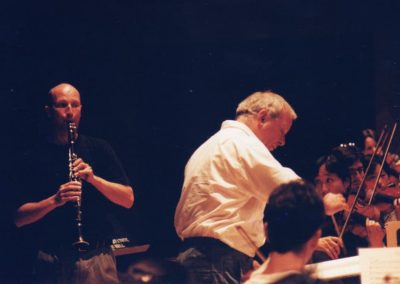 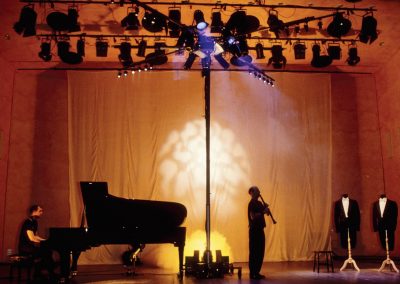 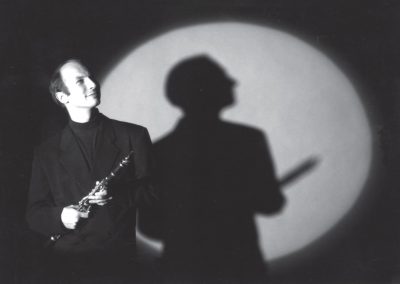 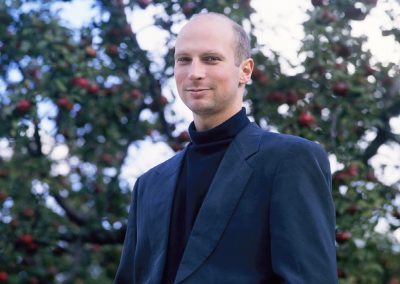 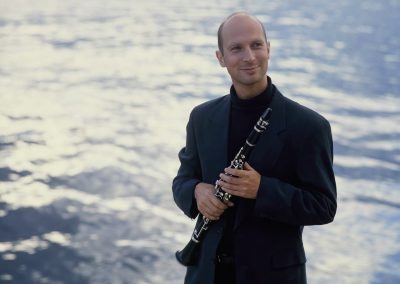 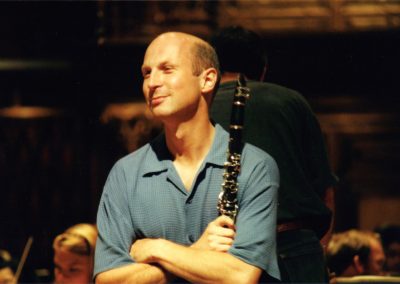 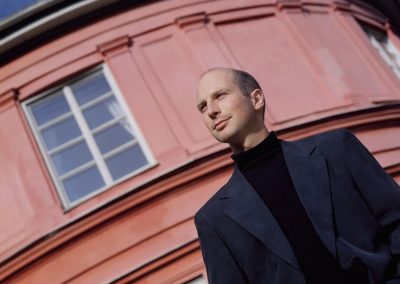 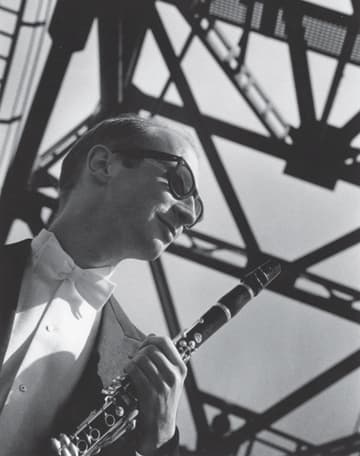